The Power of the Cross

“Jews demand signs and Greeks look for wisdom, but we preach Christ crucified: a stumbling block to Jews and foolishness to Gentiles, but to those whom God has called, both Jews and Greeks, Christ the power of God and the wisdom of God”
1 Cor.1:22-24

The Apostle Paul’s preaching and ministry were dominated by one theme: Christ crucified.

In the first century, putting these two words together sounded absurd: “Christ” (or “Messiah”) means chosen one and refers to God’s chosen saviour king, long promised by his Old Testament prophets, and expected to arrive with irresistible power and glory. But “crucified” refers to Jesus suffering the Roman punishment of death by crucifixion - designed to be the most hideously cruel and obscenely humiliating death imaginable! To proclaim “Christ crucified” was ridiculous: like proclaiming “dry water” or “fried ice”.

You see back then, Paul says, “Jews demand signs” because they respected impressive power and influence – they longed for liberation from Roman occupation and loved spectacular temple religion. It’s similar in London today. We respect impressive people who have wealth (people are ranked by what they earn and own) and celebrity (Graham Norton interviews people because they’re famous not because they’re righteous). Those from religious backgrounds will respect a teacher who is powerful and popular – like the Pope. But apart from Christians, no-one admires Jesus for volunteering to suffer in such dreadful agony, degradation and weakness on a cross. Neither do they admire the churches who proclaim him!

Moreover, Paul says, “Greeks look for wisdom” because they respected impressive learning that resulted in successful living and religious teachers who were entertaining orators and scholars. So, in London today we’re obsessed with education and qualifications and prefer our religious gurus to be witty writers of best-selling books that don’t challenge our behaviour – like the Dalai Lama! We find it hard to respect a despised tradesman from Galilee who challenged and offended people. He said that we’re all so sinful that we deserve eternal torment in the fires of hell. Yet he also proclaimed that he loves us enough to suffer on the cross in our place, taking the pain and shame and hell we deserve. In this way he saved his people to live in heaven with him forever - if we turn from our sin and follow him. This sounds as foolish in today’s world as it did then. In his best-selling book, The God Delusion the secular atheist, Richard Dawkins, wrote of Jesus’ death on the cross in these scornful terms: “I’ve described atonement, the central doctrine of Christianity, as vicious, sado-masochistic and repellent. We should also dismiss it as barking mad.” He just couldn’t see that this divine “madness” is really God’s passionate love – for us!

Paul goes on to explain that God has deliberately chosen the cross as his means of salvation to contradict and shame worldly notions of power and wisdom. He wanted to reveal his divine power and wisdom through a salvation that seems weak and stupid to us. He did this so that we have to abandon our confidence in human religious ideologies and trust him instead.

For Christians, called to God by his Spirit speaking through his Word, “Christ crucified” is “the power of God and the wisdom of God” for our salvation – his effective and coherent way to save guilty sinners without compromising his holy justice. Although the cross will always be a “stumbling block” and “foolishness” to religious and secular Londoners alike, scandalous and ridiculous to the wealthy and educated, pathetic and stupid to our sceptical friends and family, this message of the cross is what our city needs to hear more than anything else.

Our Co-Mission churches are united in our determination to bring this message of “Christ crucified” to as many communities in our city as we can, by planting and strengthening churches that proclaim this gospel. So this year, REVIVE - Co-Mission’s annual festival - was dedicated to exploring “the Power of the Cross” in the Scriptures. Here we find that “Christ crucified” is central to everything: the purpose of creation and fulcrum of history, the climax of scripture and heart of our faith, the highest revelation of God’s glory and the deepest joy of eternity, forever our tree of life and lamb of God. The cross is not just important but central to the gospel that unites us.

The Bible reveals that to glorify his Father’s sovereign grace Christ’s achievements in his death include:

The satisfying of God’s holiness was our particular focus at REVIVE, where we studied Bible passages that helped us to understand how the following accomplishment is developed across scripture in three crimson threads: 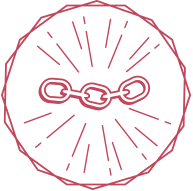 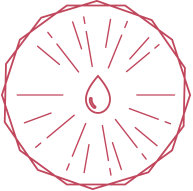 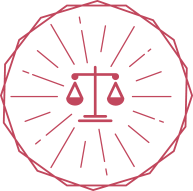 In all these aspects of satisfying God’s holiness there’s a glorious exchange - a simple swap: Christ became one of us in order to swap places with us. He was treated as if he were us, suffering on the cross the punishment of pain, shame and hell we deserve so that we can be treated as if we were him, acceptable in heaven as God’s holy children.

Let me illustrate with the extraordinary heroism of Bill Deacon, the winch man of an Air-Sea Rescue helicopter operating out of Bristow in the Shetland Islands, northeast of the Scottish mainland. In November 1997, the Green Lily cargo vessel was grounded on rocks and breaking up in mountainous waves. The lifeboats could no longer get to the stricken vessel to save the crew trapped on board. Bill Deacon realised the only hope of saving the men was to descend from the helicopter himself onto the ship. Once on the deck, in cyclonic conditions, he attached each of the ten crew to his winch and, in his place, they were raised to safety in the helicopter.
But as the last man was rescued, Bill Deacon himself was swept off the ship by a wave and his body washed up a few days later.
He was posthumously awarded the George Cross for his courage. In the same way, Christ came down from heaven to rescue his people in peril.

As Christians we are seeking to love the people of London in every way we can - resisting injustice, prejudice and ecological irresponsibility; seeking relief for victims of knife crime, poverty, homelessness, trafficking and mental illness; contending for freedom of speech, protection of the unborn and the reformation of denominations. But we know that the most precious gift we have for London is the gospel of “Christ crucified” - the power of God to save sinners from the horrors of hell for the happiness of heaven forever.

Does it really matter if I sin? I know I shouldn’t. But Jesus has already paid for all my sins at the cross. If I

TRIBUTE & THANKSGIVING FOR QUEEN ELIZABETH II It is with profound sadness that we join with our nation, Commonwealth and people across the world in

Five Things To Remember In Volatility and War

Our world has suddenly become very volatile and unpredictable. We may not be at war, but we are already in a very serious political and

7 Observations On The Crisis in Ukraine

The Ukrainian war has turned everything upside down in our lives in a matter of a few days. We see a tragedy and untold suffering

To use this site fully you need to allow cookies. If you do not consent to accept cookies then please not that some aspects of the site may not function correctly. more information